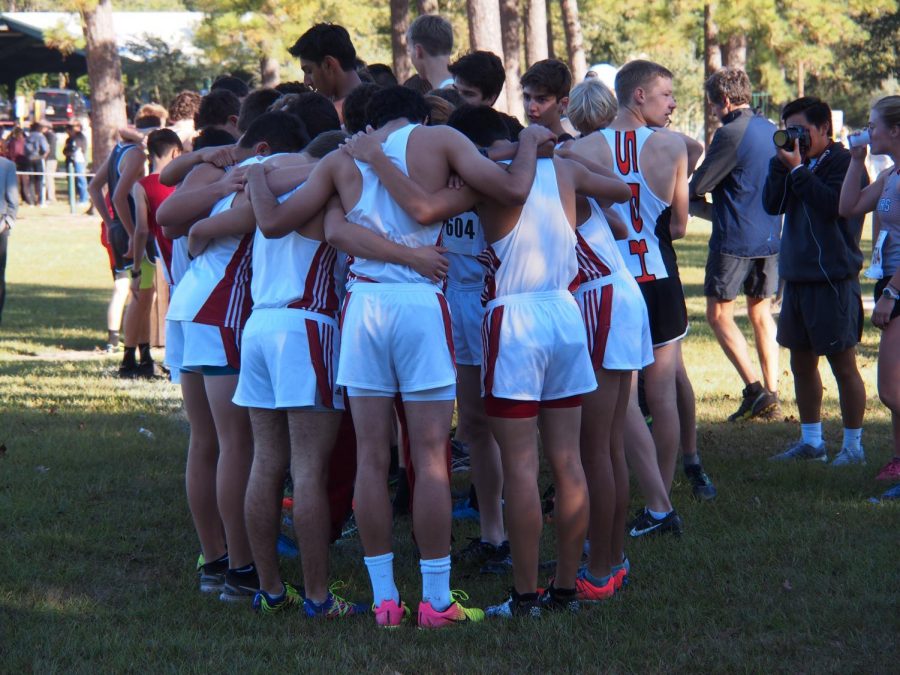 The Cross Country team has once again reclaimed the district crown.  This win signaled a return to the dominant form that led the cross country team to 14 consecutive district titles before coming in 2nd last season.

The team only tallied 18 points in the district meet, which is nearly the perfect score of 15.  Fifteen would mean that the team would have finished in all of the top 5 spots.  This year finished the top 4 spots as well 8, 10, and 13.

The team now heads to the state meet in Waco on October 29th.  They will face the top teams TAPPS teams from all over the state.

“We’re projected to be top 3 at state as a team,” Van Doren said.  “That’s the expectation.”