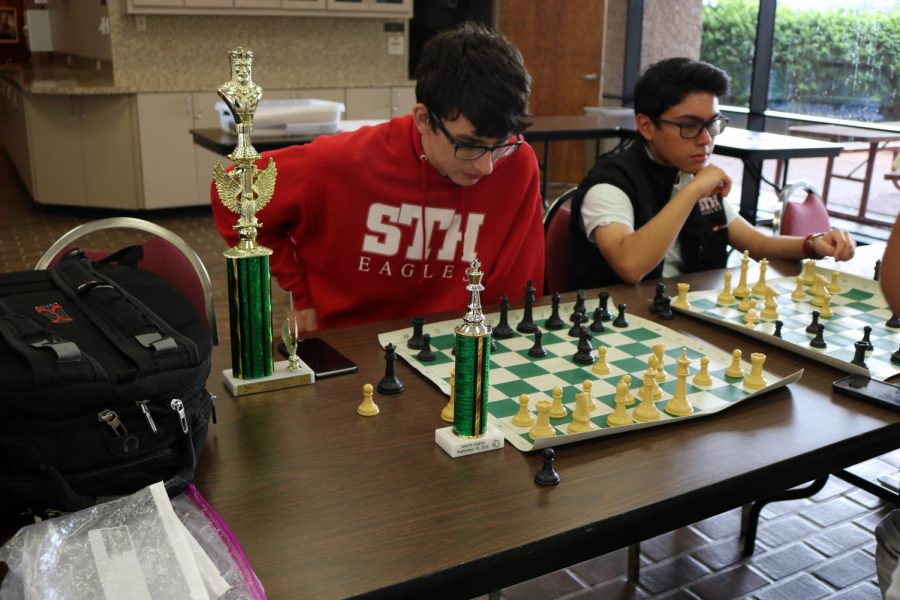 Chess Club President, Oscar Pena ’19, has very high hopes for the club this year with a growing number of students and an exciting amount of skill.

“Yes the chess club has grown a lot we’ve gone from have three to four games going to now seven or eight at a time,” Oscar Pena said.

Last year the club went to four tournaments, placed second in two of them, first in one, and third in another.

“This year”, Pena said, “we have a lot of good participants, including freshman Josh McLean and sophomore Dat Nguyen.”

The Chess Club is planning on going to a tournament every month this year. The biggest one the Chess Club will be in November, which is a three-day tournament.

Oscar Pena has been Chess Club president for two years now and he couldn’t be doing a better job. He is a joyful, lighthearted guy who is genuinely looking for a good time with his eagle brothers in Chess Club meetings. He brings a lot to the Chess Club, from a competitive nature to an easygoing demeanor.

Mr. Cuneo is the dedicated sponsor of the Chess Club. He is very involved and always trying to push the club further. He works with Oscar on meetings, strategy, and scheduling tournaments. Mr. Cuneo is deeply involved and invested in this club and really has an obvious impact on the club.