Seth Deitz on a comeback 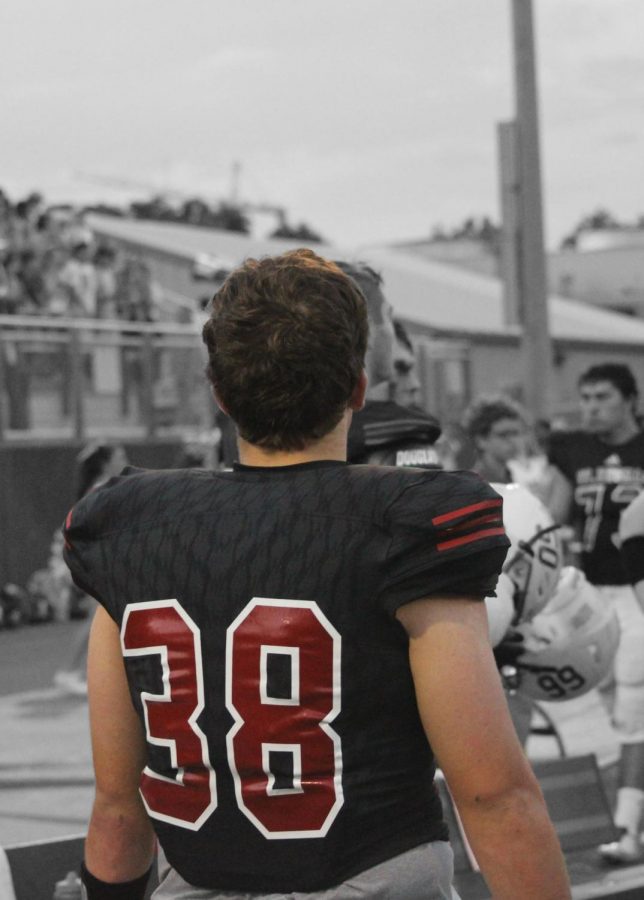 During his junior year, Seth Deitz ‘19 was at the top of his game, but due to injury he made the decision to step away from the game, and now he is ready for his comeback.

Before his freshman year, Deitz tried out for football, and he made the freshman team even though he had no football playing experience. During his days at St. Martha’s, Deitz did not play sports until his eighth-grade year, because a heart condition called Wolff-Parkinson-White syndrome. This syndrome made Seth’s heartbeat almost double per second, which was a very serious condition. The syndrome held Seth’s talents from being shown to the world because playing sports and exercising could put his heart in a very serious condition. Seth faced adversity, but he made his way to the freshman football team as a center and a right guard. With the end of football season, Seth looked to join rugby, and this is where his talents were fully seen.

“I got into to rugby,” Deitz said. “So I could play with my middle school friends Ricardo and Jose.”

Seth was on varsity from the beginning and he started after only two games. Seth was such a star rugby player that he was invited to play for Team Texas in a tournament in Colorado against twenty other states.

During his sophomore year, Seth began the football season as the starting varsity fullback. He dabbled in some defense as a middle linebacker, but he spent most of his time on the offensive side of the ball.

“It was probably my most fun year,” Deitz said. “Being the fullback was very interesting and fun to play around with.”

Seth started his second year of rugby, but he had a halt to his career when he had a head-first collision with an opponent. Seth split his head open and got a serious concussion in the second game of the season. Seth took a step back from rugby after this experience.

“I had realized my brain was more important to me than I thought,” Deitz said.

This was a turning change of Seth’s rugby career. Seth never played rugby again and he knew how much more important his brain was than playing rugby.

During Seth’s junior year, he began to just play defense as a middle linebacker. During the last home game of the season against Concordia Lutheran, Seth tore his labrum in his left shoulder. Seth was in a sling for a couple of months and did not return to football after his injury in the spring.

Seth also dealt with troubles in his personal life. After Hurricane Harvey, Seth could not live in his Kingwood home, so for the next couple of months, he was displaced. This was hard for Seth and his family because they were displaced from their home and did not move in for another nine months after Hurricane Harvey.  Seth also lost his grandfather, who was a very important person in his life.

“I like to believe bad things happen to my family,” Deitz said, “because others would not be able to handle it the same.”

Seth felt that he was taking the hit for others in a way.

Seth has faced so much adversity in the past four years, and he lost his passion to play the game he had loved. He wanted to return to the field.

“I felt cheated out of life,” Deitz said, “I did not feel like just sitting around anymore.”

After so much loss and adversity, Seth was determined to make his comeback. Seth returned the football field the week of the homecoming game against China Springs. Seth was happy to be back and playing alongside his fellow classmates.  Seth Deitz is back to the game he loves and is ready to finish out the season. Seth exemplifies a man who even though has faced so much injury, loss, and adversity, he still does not give up on his drive to play football and be the person he wants to be.