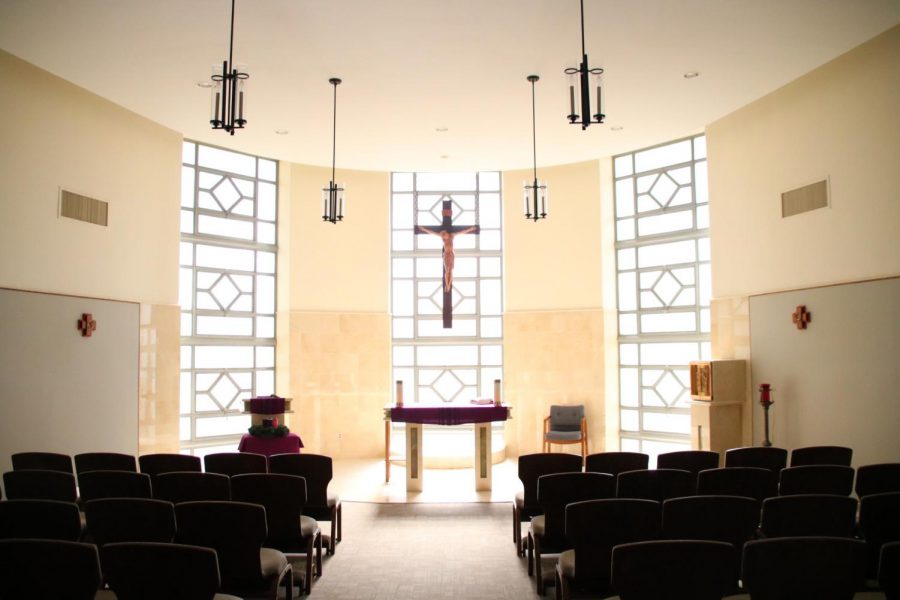 As a Catholic who attends a Catholic school, one of the things that was very inviting coming into my freshman year was that every day I had the opportunity to attend daily mass at school. Rather than having to go out of my way to make it to church on time before school, mass has been offered here at Saint Thomas every day, just steps away. When as a freshman I used to attend these daily masses a few days a week, over the years, and as my workload has increased, my times spent in the chapel have decreased, and recently it seems like no one is even there anymore.

It takes a certain mindset and belief to have the want to go to a daily mass. I often hear that attending a twenty minute mass is not as valuable as spending twenty minutes relaxing before next class, but that’s something that gets under Dr. Gotay’s Skin.

“I literally have to drag people in, we have to win the battle of the mind that makes daily mass more appealing than twenty minutes of free time,” Dr. Gotay said.

Dr. Gotay made the point that this dynamic happens everywhere and gives the example of a place like New York,

“People literally are walking distance from churches that have on-going masses, adorations, everything, yet they choose to walk by because they believe their lives are too busy,” Gotay said.

The same thing happens here in the school, either kids have too much going on school wise where it puts a stress on the mind, or they haven’t grown up to understand the importance or benefits that a daily mass offers, such as the strengthening of one’s own bond with God. Personally, I believe that the best benefit of daily mass is getting to spend that little bit of time with God that everyone always says they strive for. People get so caught up saying, “oh I’ll take time to pray in the morning, or before I go to bed,” yet they even fail to do that. Making the step to walk into the chapel and take that time with God is a direct completion of finding that free time to build a stronger relationship with Him, but the choice always chosen seems to be to unanimously keep walking by.

Considering that Saint Thomas is a school of many mixed religions, that could also be another cause in the lacking attendance at daily mass, because simply not everyone feels invited because maybe they aren’t Catholic, or maybe they haven’t ever been before and feel like they aren’t welcomed. To combat this, Dr. Gotay says that by next semester “I’m going to offer something on Fridays to try to encourage more kids to come.” Hopefully, this will play an important role in filling up the empty chapel that we see so often now.

On a final note, we can’t expect more people to go when we don’t attend ourselves, it’s hard to convince a whole generation of kids that attending mass can be something beneficial when the person preaching the news doesn’t even go themselves. While I was at Camp Aquinas as a senior leader, we learned the importance of leading by example, so this is a call to everyone, even teachers, mass is not something to be afraid of, and it definitely should not be seen as a waste of time. Take it into consideration how good a little bit of time with God can do and fill up that empty chapel. 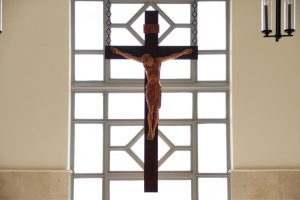