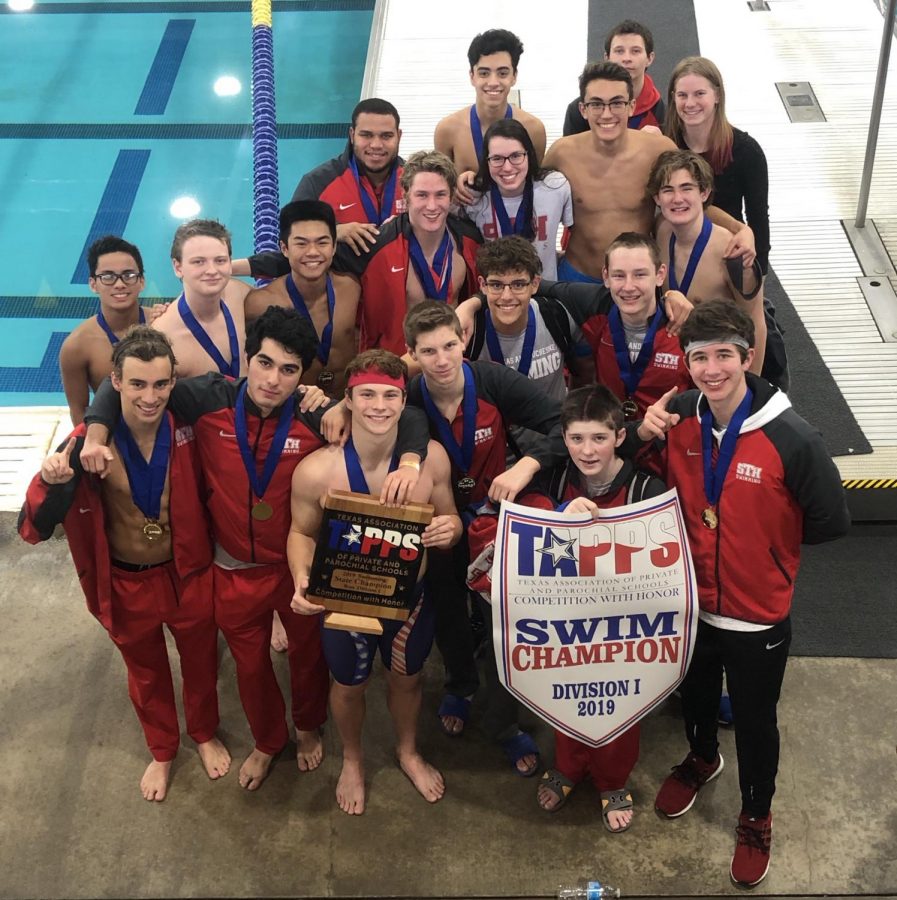 When the Eagle swim started the season, something was different. The team had obviously grown up and it showed in the pool.

Coming off of an amazing previous season, where they placed second in the state, this was saying a lot.
The Eagles dominated every meet they participated in throughout the season, even beating teams such as Cathedral High School, who had dominated the state for years. The Eagles easily made it to the state championship, which began on Friday, February 8, 2019 in Dallas.

After the long trip there, the team quickly stretched and began to compete. Throughout the day, the team was able to dominate the leaderboards. The 200 Yard Medly Relay team was able to place fourth. The team consisted of Josh McLean ’22, Hunter Nguyen ’19, Patrick Pham ’21, and Carrick Brogan ’22. Sebastian Ortiz ’20 and Dylan Michaels ’21 were able to place third and sixth in the 200 Yard Freestyle.

Early success in the competition inspired the rest of the team to swim their best. Josh McLean ’22, who was competing solo, then went on to place eleventh in the 200 Yard IM which helped the eagles hold their lead in the competition. In the 50 Yard Freestyle, Shane Williams ’19 placed second, with Gabe Lenz ’19 closely behind him placing fourth.

The competition came close but thanks to Dylan Michaels ’21 and Ethan Armenta ’20 placing high in the 500 Yard Freestyle, they were able to win state over Cathedral High School by a very close eight points. To celebrate the victory, the team left the competition and traveled to a water park.

“It was a really good way to relax the muscles after doing such extreme swimming” Aidan Brelinsky ’20. This state championship was the first by the swim team in history and became STH’s 101st state championship.