Wrestling team heads to state tournament hungry for the title 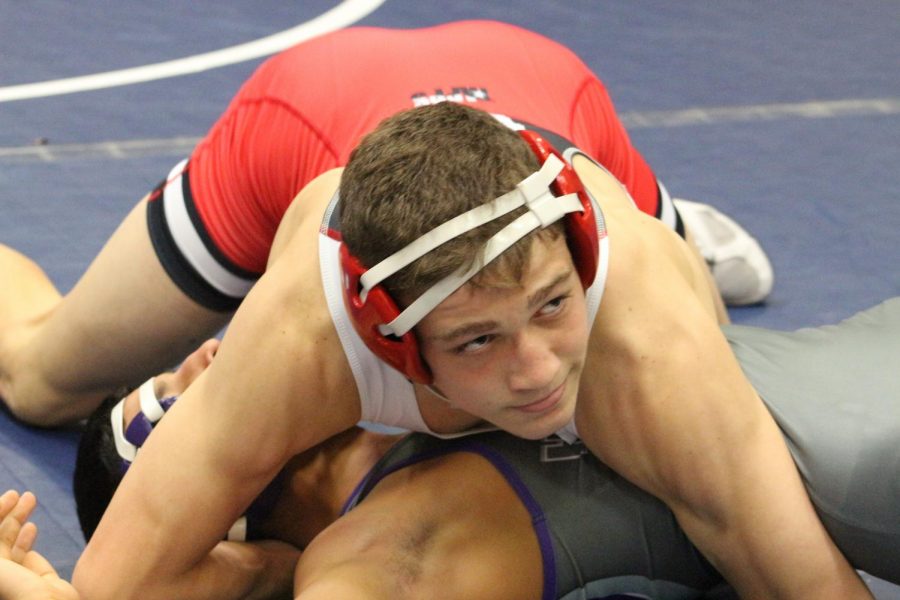 Nathan Bryant '19 looks for confirmation from the referee that he has pinned his opponent.

The wrestling team is looking to capture their first TAPPS championship in seven years. They are ranked number one in TAPPS and are looking to completely dominate their competition.

The team finished second in Prep State, which included all the preparatory school in TAPPS and SPC, behind St. Johns. Several wrestlers have expectations to score a lot of team points in order for the team to capture the win.

Several of the wrestlers are not only looking to win the state title but even searching for a little payback for losses earlier in the season. One such wrestler is Evan Benavides ‘21.

“I’m hoping to avenge my loss to the guy that I lost to in the championship of Prep State,” Benavides said.