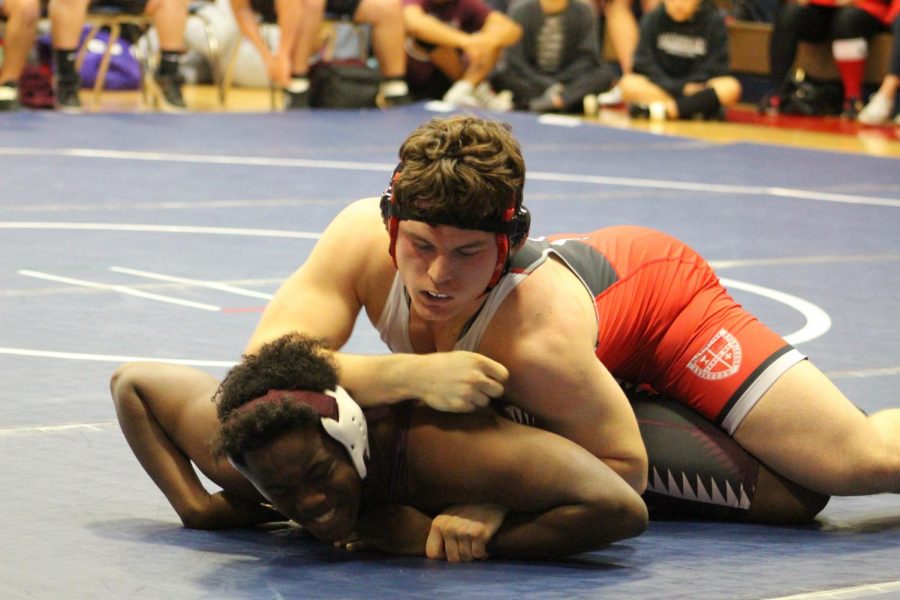 Jackson Phillips works to dominate his opponent in the Clear Lake Dual.

The Eagle wrestling team came up one single point shy of the state title at the TAPPS State Wrestling Tournament at Bishop Lynch High school on Saturday, February 16 in Dallas, TX.

The Eagles had many impressive performances including 10 wrestlers coming in 4th or better during the tournament, a feat which hadn’t been matched since their last state title in 2012. Sophomore Will Dundee (106 lb weight class), and juniors Travis Enochs (132) and Adrian Marquez (182) all placed 4th, while sophomore Harrison Heard (160) and senior Jonathon Brown (285) won their 3rd place matches.

In addition to this past weekends TAPPS state competition, the wrestling team also placed second in the Texas Prep State Tournament against 22 other Texas private schools, which qualifies them for the National Prep Wrestling Championships in Bethlehem, Pennsylvania on February 21st and 22nd.