Why Native American caricatures should be removed from professional sports 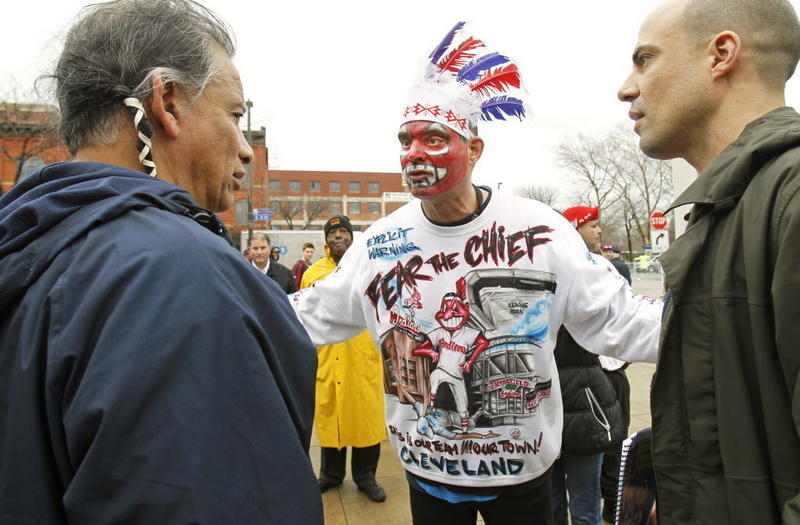 It’s no secret that many schools and sports organizations across the United States use Native American images and stereotypes to promote their teams; however, these images and stereotypes greatly harm the existing Native American community. In today’s progressive society, it is a shame that these Native American stereotypes are allowed to remain present. As we witness great progress in social equality for minorities and women, the issue concerning the disrespect of Native American culture has been left in the dark and the American public have become desensitized to the venomous effect these stereotypical images cause. It is time to change the many years of maltreatment and oppression and finally learn to respect the life and human dignity of the Native Americans. After all, shouldn’t they deserve it after the many years of persecution from European settlers that is so rooted in our history as a nation?

Some argue that changing the names and logos of these sports organizations would destroy tradition and ruin the world of professional sport. What most people do not realize is that these organizations were created in an era where racism and bigotry were accepted and upheld by the dominant group (more specifically the white race). For example, the professional sports hockey team, the Chicago Blackhawks, were founded in 1926. Professional baseball teams the Cleveland Indians and Atlanta Braves (formally known as the Boston Braves and Milwaukee Braves) were founded in 1915 and 1912. The professional football team, the Washington Redskins were founded in 1932. During this period in the early 1900s, most Native Americans did not even have citizenship. The Indian Citizenship Act wasn’t established until 1924. This social climate accepted minorities being heavily segregated, Jim Crow laws were in effect in the South, and racist organizations, such as the Ku Klux Klan, were at its peak of power.

Others argue that the “Indian” mascots and team names are honoring Native people; however, they are doing quite the opposite. These images portray hateful activity and have very real effects for Native Americans. According to the Department of Justice analysis, “American Indians are more likely than people of other races to experience violence at the hands of someone of a different people.” These images and names are inaccurate in their descriptions and present negative stereotypes to America’s first people. For example, by coining the term the “Atlanta Braves,” it inaccurately characterizes Natives as savages and warlike people, where in reality, they are mostly a peaceful society. The NFL’s Washington football team name “Redskins” is a dictionary defined racial slur and they advertise this name on merchandise and banners, using it to grow in profit and neglecting the harm that it creates. The slur’s origin is rooted in government bounty announcements calling for the bloody scalps of Native Americans in the 1800s. This word is being kept relevant in popular culture, interchanging it with the word “savage” to depict a misleading and denigrating image of the Native American. By using these stereotypes as logos and team names, they become associated and valued at the same level as inanimate objects and animals such as the Houston Rockets or the Miami Dolphins.

The general managers and team owners see the Native American people simply as a stereotypical nickname or image, employing them to promote their teams. They benefit from this intense disrespect as their teams develop into multi-million dollar franchises, while the Native American race remains as the nation’s highest impoverished group. We as a society grandfathered these team names and logos, not recognizing its harmful impact.

The United States has recognized other past wrongdoings. We do not have to continue the injustice that was adapted into our society. Some organizations are doing their part to eliminate this form of discrimination. For example, every year many Native Americans stand outside Progressive Field, home to the Cleveland Indians, and protest the disrespectful team logo and name. In result, starting at the beginning of the 2019 season, the Cleveland Indians removed “Chief Wahoo,” the bright red caricature of an “Indian,” from the team’s uniforms and caps. Also, many high schools across the nation are dropping the stereotypical names in order to truly honor and respect the Native American people. According to the National Congress of American Indians, in total, two-thirds or over 2000 “Indian” references in sports have been eliminated during the past 35 years. However, there is still progress to be made as nearly 1,000 still remain today. The removal of these harmful images is a necessity for a nation striving to reach social equality. The general public needs to be educated about the negative effects these images have and rally in advocacy to finally diffuse the hateful activity against Native Americans.