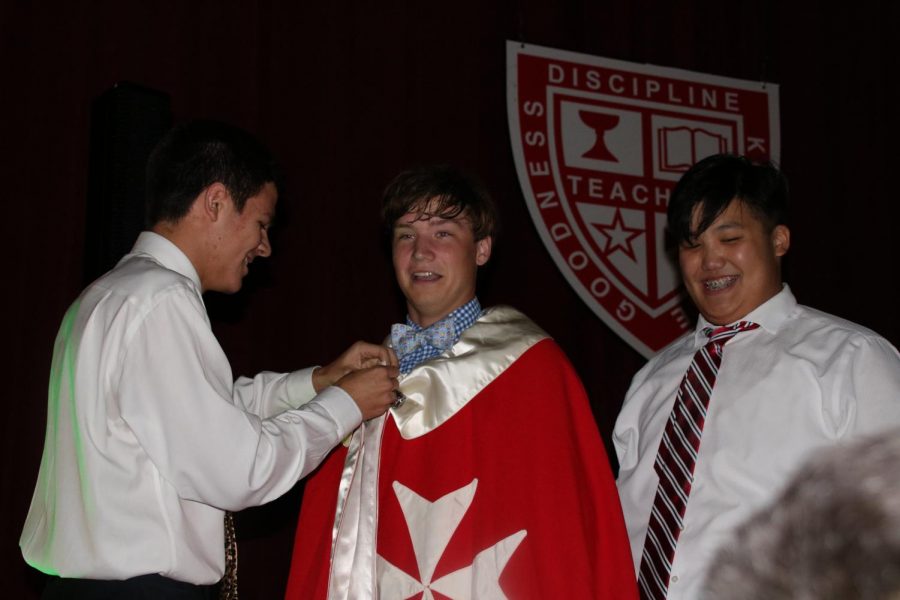 Homecoming week saw the revival of an old tradition after Beamon Welch was crowned the 2019 Homecoming King at the dance on Saturday, September 21st.

Six STH seniors were hoping to become the first King after the dissolution of the male Homecoming court over 15 years ago. Six senior boys, Eli Carter, Daniel Coco, Thomas Fuller, Justin King, Anthony Schlak and Beamon Welch were nominated by the varsity cheerleaders to be voted on by the STH class of 2020 for the official title of 2019 Homecoming King. While student government and administration were initially wary about digging up the classic high school tradition, senior boys have taken to the competition enthusiastically.

One STH senior, Eli Carter is certainly very excited to have been up for the title.

“People should [have] vote[d] for me because I bring great energy to everything I do,” Carter said.

Since school was canceled due to rain on Friday the 20th, the King could not be crowned at the pep rally, and instead was crowned at the dance which ended up being a hit.

“Whether it’s on the field or court I love cheering on the great school,” Homecoming Court member Kellie Langeland said.

However, it was Alanis Meza who took home the crown.

“I felt really appreciated and loved,” she said about the night.

Due to the success of the event and how well the seniors have taken to the competition this new position could stick around and even see it’s way into prom traditions.