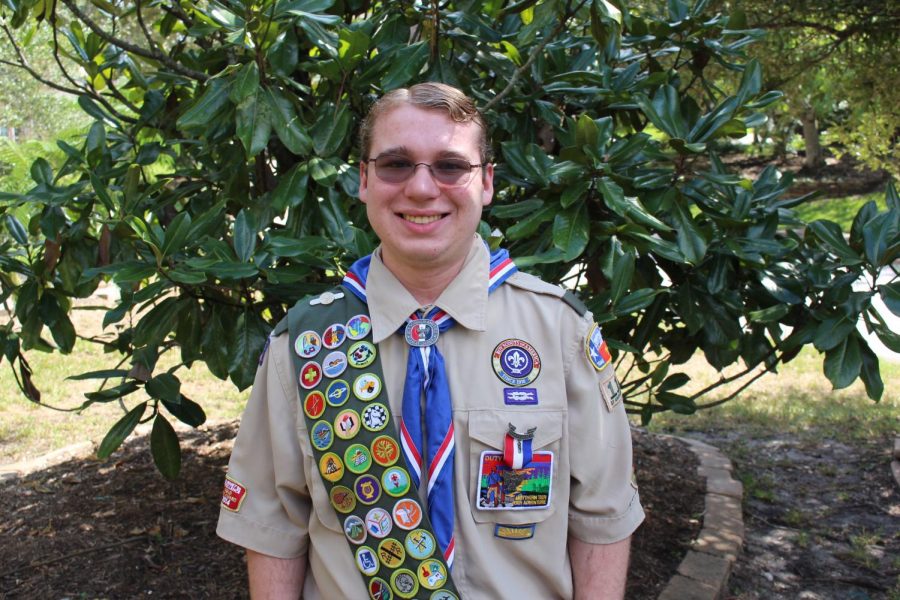 His Eagle project was reforestation of an area of St Anthony of Padua significantly affected by recent construction.  Nicholas planned, organized, purchased, and planted over 100 trees and shrubs to fill in areas affected by the construction.

“My home parish went through a large expansion which resulted in a large number of trees being cut down,” Kurzy said.  “My project was to plant over 100 trees to restore and reforest that area with a variety of native plants.”

For Kurzy, being a Scout is certainly about hard work and ultimately achieving his Eagle Rank, but it’s about much more than that.

“To me, being a Scout is about giving my best in everything I do and doing my best to help others,” Kurzy said. “Achieving the Eagle Rank taught me a lot about leadership and how to lead effectively. Going forward it’s going to have a big influence on how I conduct myself.