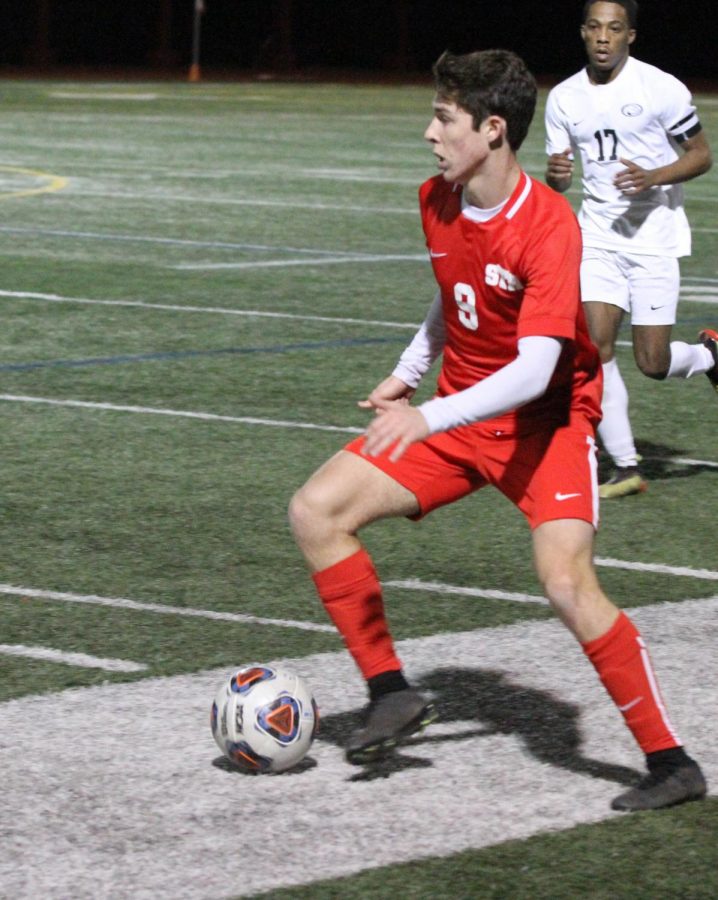 “How do I define myself?” He thought for a moment. “I like to consider myself as a driven person who sets goals and really focuses to accomplish them.”

Alex Rivero has big dreams for the upcoming soccer season and his senior year. Rivero is the team’s star player, breaking the record for most goals last year with 38.

Despite the success of last season, it was not everything the team wanted. All of the crushing victories over rivals like St. Pius X, The Village School or Awty International were forgotten in the state semifinals against San Antonio Central Catholic. For the second year in a row, Central Catholic stole state aspirations from STH, but Rivero is doing everything to make his senior year his best one yet.

“I want to have a combined 120 goals for the entire team, and break last season’s record. I’d like to win state as a team,” Rivero said. If the Eagles meet these goals, it would mean the most sensational season in school history.

One way Rivero is seeking to ensure this comes to fruition.

“I’ve never trained so much,” Rivero said. “Every day after school is running and ball work. Even after practice and before we had preseason, I just went home and did extra.”

Rivero’s hard work is paying off and is earning him recognition from high caliber schools like the Air Force Academy and Furman University. He participated in summer camps at these schools, and despite a sprained MCL, was still able to show off his talent.

Alex’s dedication and hard work have already begun to pay off as he scored three goals in the season opener against St. Thomas Episcopal on Tuesday, November 5. The Eagles dominated the Saints 6-0.