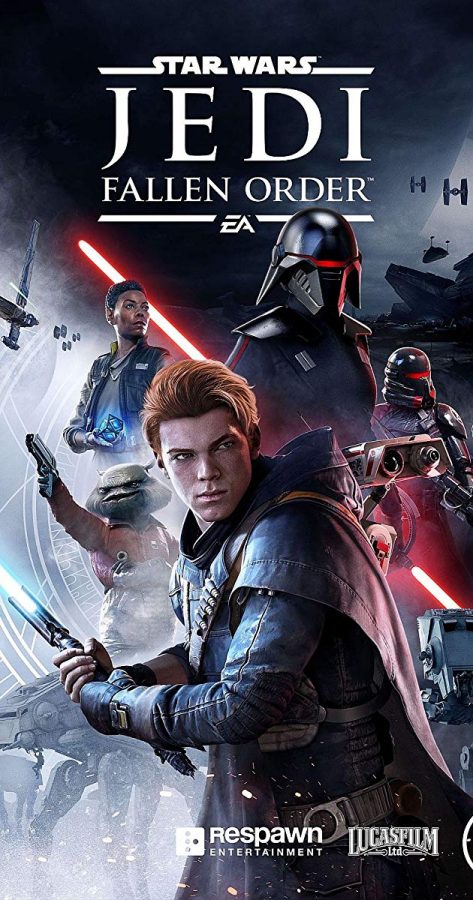 Well, they did it. EA finally released a half-decent, story-based Star Wars game with no microtransactions. The release of Star Wars Jedi: Fallen Order was a huge step in the right direction for the company, but still falls short of what dedicated Star Wars fans/nerds, like me, were hoping for.

While the game does a lot of things right, such as the combat system and difficulty of some sequences, there are still major issues with this game, that I hope can EA can fix for future releases. When this game was announced, I was beyond excited, but still skeptical, to hear the EA was releasing a pure single-player story Star Wars video game.

I was waiting to be caught off guard by some microtransactions, but the only thing that this game does that even resembles this was adding an orange lightsaber color option for those who preordered the game. But now after playing through the entire story, and almost reaching 100% completion, I am reconsidering my purchase of the sixty-dollar game.

The combat system, difficulty, platforming, and immersion into the Star Wars experience with things such as Force abilities and lightsaber duels are all done very well. This game feels like a combination of Dark Souls, Uncharted, and Sekiro, and takes the better parts of each franchise. With all of this being said, it is difficult to give this game a good overall review because of some very big flaws.

I completed the entire story in just a few afternoons of play without much time or commitment. The story felt short and slightly rushed as I found it hard to really connect with the characters. Cal Kestis is the main character you play as through the story, but I found myself enjoying the other characters much more than Cal, such as Cere and BD-1. The opening level feels awkward and rushed as they try to cram too many elements into one opening sequence that gives the player no real-time to get a grasp of what is going on.

The rest of the story is pretty good, though most of the time I didn’t really care what was going on with the plot, because I was too busy fighting stormtroopers or exploring the expansive maps. I do feel like there was a missed opportunity as there are no side quests in the game to give you something new to do. Although you can travel to any of the four planets you want at any time, other than finding new unlockables and killing the same enemies over and over, there isn’t much else to do aside from the main story.

The boss fights in the game are another smaller issue that I had with the game. They never really felt all that difficult and there were only two or three that were really memorable.

All of this being said, the real problem I had with this game was the ending of the story. Oh my, goodness was it awful. It’s hard to really talk about it without spoiling what happens so for those of you that care about spoilers, I advise that you stop reading here.

Fallen Order takes place just a little while after the birth of the Galactic Empire. During the execution of Order 66, Cal Kestis was just a Padawan and his Master Jaro Tapal gave Cal his lightsaber as Cal watched him die. Because of Order 66, Cal is one of the last remaining Jedi and must go into hiding to avoid being killed by the Empire. The entire plot of the game centers around Cal and his crew locating a Jedi Holocron that contains a list of all Force-sensitive children in the Galaxy so that Cal can rebuild the Jedi Order. So you go back and forth between four different planets to unlock an ancient alien temple that holds the Jedi Holocron.

Eventually, you find the Holocron, only for it to be taken by the Second Sister to the Fortress Inquisitorius. You fight your way through a really fun level until you fight the Inquisitor to get back the Holocron. This is where the game takes an awesome turn. After “defeating” the Second Sister, Darth Vader himself shows up and chops his own Inquisitor in half. Then he chases you for a bit through the Fortress where you barely escape Vader with your life and the Holocron. So you get back on your ship and talk with the crew about the Holocron when Cal promptly destroys the Holocron (that, again, you spend the entire game trying to get) and basically says that the fate of the children on that list should be left to the Force. *credits roll*

I understand that the game was limited in its freedom regarding the ending, but c’mon. Obviously, there is no way someone like Cal Kestis would be able to stand even a fraction of a chance against the likes of Darth Vader, and the way they handled that sequence was great. However, after watching that ending cutscene, I have never felt my money wasted on a game quite like I did after playing Fallen Order.

I did have some fun with the game but overall I would say that it’s nothing special. For a modern Star Wars game, it’s pretty good, but I don’t feel like we, as a community, should be praising EA for something they should have done a long time ago. The game does do a lot of things well, but at the end of the day, this is not a game that after playing I really thought was worth my money. It is absolutely a step in the right direction, and that as a huge fan, I am optimistic that Star Wars video games will only get better from here.