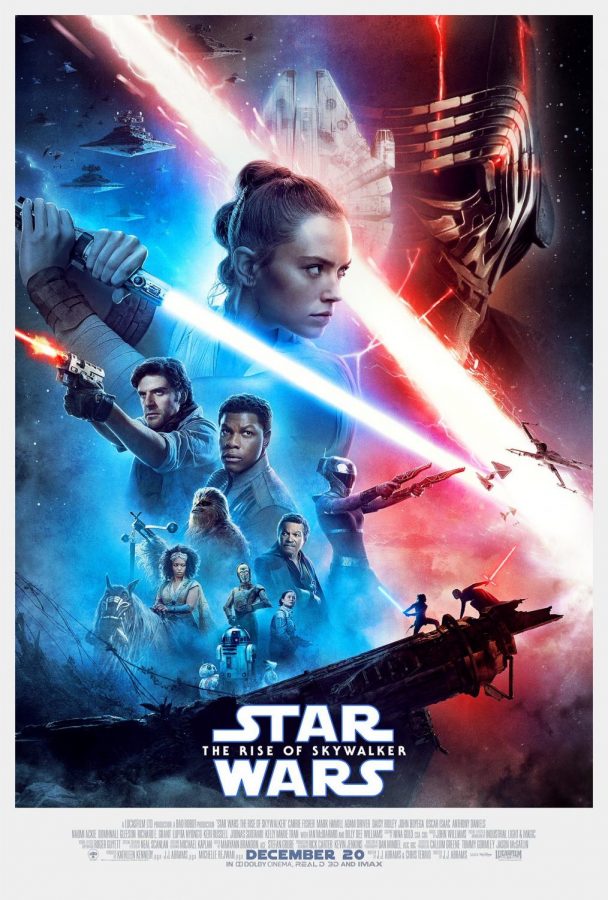 Rise of Skywalker is the newest and possibly final installment in the new Star Wars trilogy. Rise of Skywalker is the most poorly rated of the three with a Rotton Tomatoes review score of 54, compared to The Last Jedi’s score of 91 and The Force Awakens’s score of 93. Those are just numbers, however, and an in-depth analysis of the strengths and weaknesses is required to answer the question on everyone’s mind. This review will cover the movie’s weaknesses, strengths, and whether or not it is worth a watch.

The First Problem with the movie was the dialogue. While listening to the characters speak in the first part of the movie much of the dialogue did not flow well, many conversations between characters were disjointed and clunky and the word choice was questionable. This was especially noticeable in Leia’s dialogue which at times did not seem to accurately address the events going on around her. I understand that Carrie Fisher died before filming was complete and many of her lines had to be synthesized, but by having her play a pivotal role they were sacrificing immersion into the story for Leia’s screen time. For example, when Leia is about to use the last of her force energy to break through to Kylo instead of Leia saying that’s what she was going to do, Maz Kanata a character which has perceivable no relationship to Leia says this instead. Leia is not the only character whose dialogue is disjointed. Many of the characters try to make humorous comments and jabs that are worded poorly, and some of the characters seem to say their lines in a way that almost feels like they aren’t quite confident in what they are saying.

The Second problem was the over-reliance on the story element known as the McGuffin or an object that serves merely to move the plot forward. Now just because a story has a McGuffin does not mean it is a bad story, for example, Avengers Infinity War or lord of the Rings, but part of the reason these stories don’t seem stale or pointless is that the objects that they are centered around both have more to them than simple plot function as well as not being the sole interest in the movie, but having other great story-telling elements around it. Rise of skywalker fails to do this in a convincing way. The movie begins with the characters wanting to find the planet Emperor Palpatine is on which is in itself a kind of McGuffin but since it has a greater significance it does not impact the story, but then the heroes find that they need to get a Sith pathfinder to get to the planet since it doesn’t exist on any maps, ok fair enough, then they find out that in order to find the pathfinder to find the planet to find Emperor Palpatine they need to find a Sith Dagger which has the location written on it. It is easy to see how these McGuffins within McGuffins make the story seemed contrived, the movie feels more like a scavenger hunt than a story. One consequence of this is that there is less time for character development or time for the audience to get a deeper understanding of the events that unfold.

While both of these problems are present throughout much of the movie the second half is miles better than the first. Once the story moves past the McGuffins around the time Rey and Kylo fight of the remains of the Death Star the movie improves massively focusing on the characters and story building rather than frivolous tasks, in a similar vein the dialogue also cleans up. Just a quick note on the Death Star I do think it was a poor decision to show the death star being partially intact as it is obvious for any viewer to see in episode six the Death star was reduced to mere particles so the idea that a large portion of it still exists is somewhat unreasonable.

Overall if you are a fan of the Star Wars movies I would recommend you to see this movie as it does conclude the series in a satisfying way and even calls back to the previous films in Chewbaka getting his medal, a reference to the end of  New Hope, and Rey returning to the home of luke skywalker.