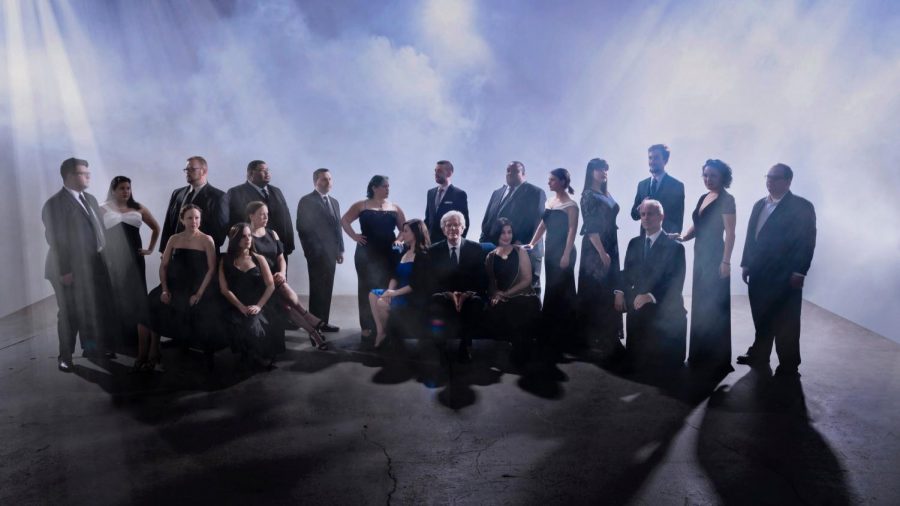 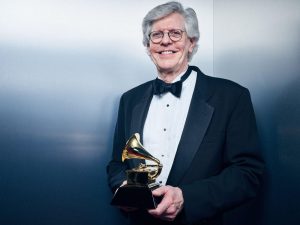 Mr. Wilson sang as a bass for the Houston Chamber Choir’s album that won the Grammy for best choral performance. 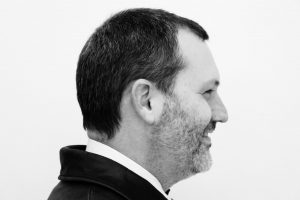 Mr. Wilson is no stranger to the world of music. He has been directing the St. Thomas singers since 2003. Under his direction, the choir has become a celebrated part of school life. This year, 11 members of the choir qualified for all-region, and 10 of those qualified for state. Mr. Wilson also directs the I.W.A choir, assists with the instrumental program at St. Thomas, teaches Film Studies, and acts as the musical director for the Spring Musical. Despite his large involvement in the arts at St. Thomas, Mr. Wilson finds time to sing on his own. Mr. Wilson was a cantor at Co-Cathedral downtown for 15 years and during that time frequently acted as a guest singer for groups throughout the Houston Area.

On one occasion, he was invited as a guest singer by the Houston Chamber Choir. After the experience, Mr. Wilson realized that the group was something he wanted to be a part of, and joined the Choir in 2009 as a bass. Mr. Wilson has been a part of the choir ever since. The group has released 2 commercial albums since he joined, but neither of them has been as momentous as the record that won them a Grammy.

The album is the complete choral works of Maurice Durufle. Durufle, a reclusive and private personality, wrote music during the 20th century that sounded like it belonged to the century before. He was an artist with a very small output of meticulously crafted pieces (his entire choir works fit onto a CD). However, the quality of his work won him fame and in and out of his lifetime. His Requiem has been again and again and his Motets have been performed by countless church choirs. 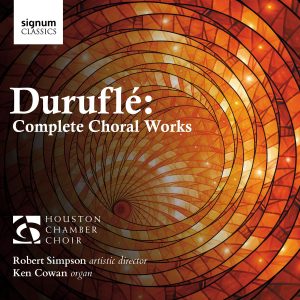 According to Mr. Wilson, one of the things that makes the Houston Chamber Choir’s receive such acclaim is their inclusion of Durufle’s Mass for Male Chorus. The Mass is much less known than Durufle’s other choral works. Because the work is for bass and baritone singers, it’s entirely sung by men along with the accompaniment of an organ.

“One of the things about the Houston Chamber Choir that is different from a lot of the other professional choirs is that the members are Houston musicians. A lot of them are music educators, choral teachers, voice teachers, or have other non-music jobs in the area. One of the things that our conductor Bob Simpson said in his Grammy acceptance speech was that this was really a win for the city of Houston because it represents the vital Houston art scene.”

Mr. Wilson did not get to attend the Grammys in person. In fact, the chamber choir had a concert in Houston the night of the ceremony. Every January, the choir hosts a concert called Hear the Future during which local school choirs are given the chance to perform and the Houston Chamber Choir closes out the night. As the singers prepared to take the stage, they knew that the winner of the grammy had been announced.

“We got up, and a few of us had been getting little messages so the awareness was spreading. Then our intern got up and made the announcement before a group of choir students and their families that the Houston Chamber Choir had won the Grammy and the whole place went nuts. Then we had to compose ourselves and sing. It felt pretty crazy.

After the Houston Chamber Choir’s big win, their season was cut short. “That’s the one good thing that happened in 2020. After that everything started to get canceled. We were supposed to go to New Zealand and that got canceled.” However, like a lot of arts organizations in Houston, the Houston Chamber choir has made efforts to expand into an online world. This coming season, the choir will create a series of five online concerts, one for each season. The Houston Chamber Choir usually offers special deals to students who want to attend their concerts, so ask Mr. Wilson or check their website if you would like to listen to this amazing group live.

Although Mr. Wilson did not actually receive the famed gramophone, he did receive a personalized plaque commemorating his achievement. For St. Thomas, Mr. Wilson’s incredible accomplishment is an honor to our music program and our school as a whole.